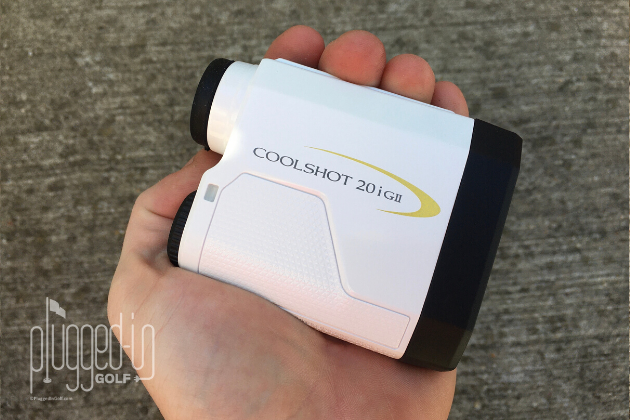 The Nikon Coolshot 20i GII rangefinder is a light-weight, ultra-compact, and reasonably priced slope measuring device for the golfer who wants one less variable to account for. 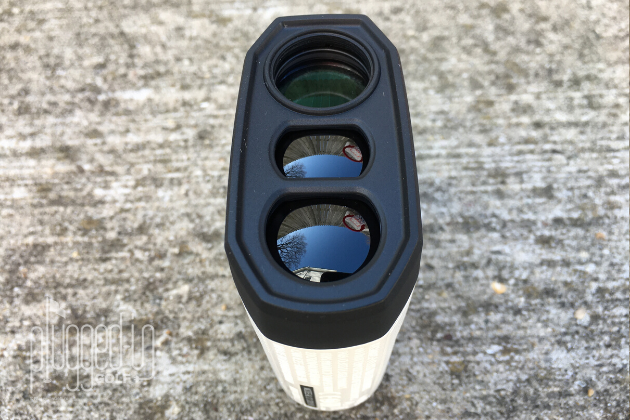 For over 100 years, Nikon has been known for its optical lens designs, particularly in its line of cameras.  Using its long history of lens design experience, Nikon jumped into the golf optics business in 2008 with the debut of its first laser rangefinder.  Nikon has since built upon that success and created a compact and lightweight laser rangefinder that has all the bells and whistles of its competitors including an optional slope-measurement but at a lower price tag. 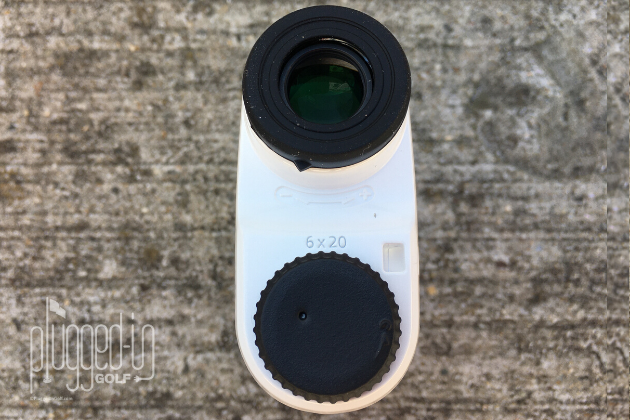 With a toddler at home, there seems to be nothing more frustrating than opening a new toy only to discover that “batteries are not included.”  Thankfully, in this case, a battery comes standard with each new “toy.”

Once the battery is popped in, it’s pretty straightforward to use.  PWR ON gets the target lines on, and a second push will activate finding a target.  MODE can be used to switch between yards and meters as well as turn on and off the slope measuring feature.  It took me a few tries to figure out all the button combinations, but overall, it was easy to use. 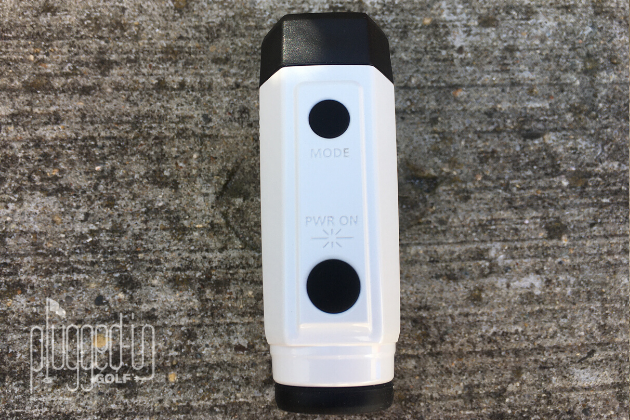 Accuracy can be hard to measure, but I calculated my own yardage the old fashioned way and every single time, the Coolshot 20i GII was spot on.  I also compared it to my cart’s GPS system and it was always within a yard or two.

The speed with which it found its target and gave me a reading was almost instantaneous.  I’ve noticed that some rangefinders in this same category can be a bit slower to lock on and spit out a yardage.  I have thoroughly enjoyed getting to review this one, and it will be permanently in the bag for 2020, replacing my old rangefinder which was actually at a higher price point. 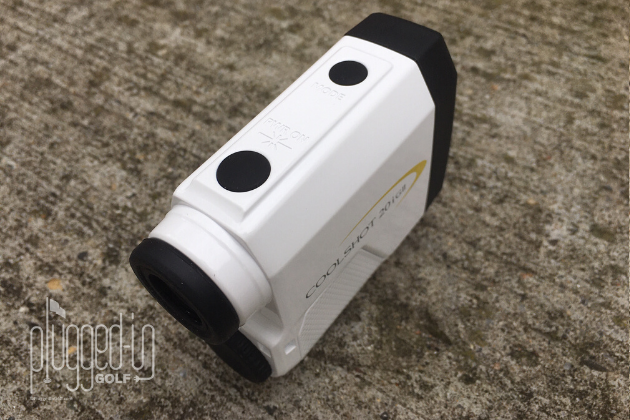 With a highly-reputable name like Nikon attached to a laser rangefinder that is accurate and gives you the option to measure slope, the Coolshot 20i GII is a major value at $230.  Many of its direct competitors are higher in price and some don’t even have the same features.  This is one of the most accurate and budget-friendly slope-measuring devices on the golf market today. 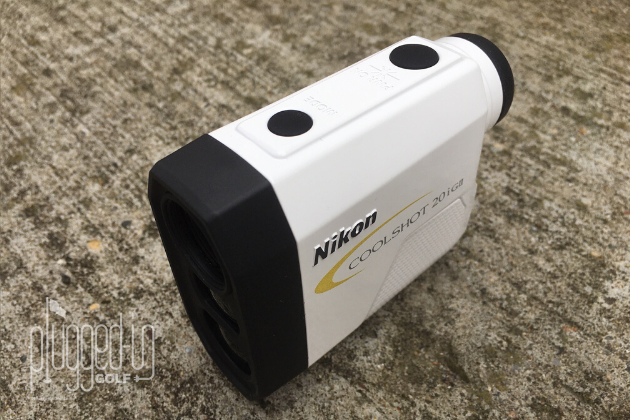 The Nikon Coolshot 20i GII golf laser rangefinder is a compact, light weight, easy to use tool for a golfer who needs one less variable in their game.  Measuring slope in an official event typically is not permitted, but for those recreational rounds, it makes it a little easier to hit the right club and calibrate distances.  I am fond of this model because its so much smaller than its competitors and locks onto its target instantly.  Easiest decision I have ever made to my bag.