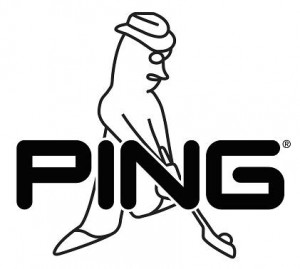 PING signs trio of new pros who were college standouts

PHOENIX (July 9, 2014) – Three of golf’s top amateurs have turned pro and signed agreements to play PING equipment, PING Chairman & CEO John A. Solheim announced today. All were named to the prestigious PING All-American teams at least once as collegians.

“These young men have established themselves at top-tier colleges and in elite amateur competitions and we’re excited they will continue to play PING and represent our brand in the professional ranks,” Solheim said. “We’ll do our part to support them with golf’s finest custom-fit equipment, and our PING representatives on tour will use their expertise to help these players succeed. It’s going to be fun following their progress in the years ahead.”

As part of the multi-year agreements, each golfer will wear a PING hat, carry a PING staff bag and play a minimum of 11 PING clubs, including a PING driver and PING putter. Financial terms and the length of the agreements were not disclosed.

Eason, from Leicester City, England, was the world’s #3-ranked amateur before turning pro and was a 1st team PING All-American the past two seasons. He has already embarked on a pro career, playing this season as a fully exempt member of the PGA Tour Canada. He plays an i25 driver, G25 3-wood, Rapture driving iron, S55 irons, Tour Gorge wedges, and a Scottsdale TR Anser 2 putter.

A California native, Hagy was a 1st team PING All-American as a senior and was named to the 2nd team as a junior. He won this year’s Byron Nelson Award for his golf accomplishments and his numerous charitable endeavors. He was also the Pac 12 Scholar Athlete of the Year. Hagy played in the 2014 Palmer Cup and he recently made his debut on the Web.com Tour, making the cut at the Novia Scotia Open. In Hagy’s bag are an i25 driver, G25 3-wood, S55 irons, Tour Gorge wedges, and a Scottsdale TR Anser 2 putter.

Mullinax, a 2nd team PING All-American this past season, relied on a Karsten 1959 B60 putter to make the clinching putt for Alabama at the 2014 NCAA Championships. He was 1st team All-SEC, he competed in the 2014 Palmer Cup, and was a two-time winner for the Crimson Tide. In addition to the Karsten putter, he plays an i20 driver, G20 3-wood, Anser 17-degree hybrid, S55 irons, and Anser wedges. Mullinax hails from Birmingham, Ala.

Chance Cozby, Vice President of Sports Development at PING, said the company’s scouting system continues to identify and nurture top-level talent at an early age. “We’ve watched these young men come up through junior golf and college, and we’re impressed with their talent and, just as importantly, their character. We’re confident they have the skills and the maturity to make their biggest jump yet,” Cozby said. “We’re pleased to welcome them to the PING Worldwide Tour Staff.” 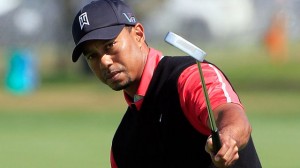 Tom Watson says that Tiger Woods will be on the U.S. team if he’s healthy and playing well.

But what if he’s healthy and not playing at all?

Woods is at No. 209 in the FedExCup standings and needs to get to No. 125 to qualify for the playoffs. This next month of three tournaments – the British Open, WGC-Bridgestone Invitational and PGA Championship – ultimately will decide if he’s in Gleneagles for the Ryder Cup the last weekend in September.

“He’ll be considered less of a pick then if he didn’t have a track record going into the Ryder Cup,” Watson said last week. “He’d be the first to tell you, `I haven’t been playing.’ How he’s been playing and if he’s healthy, those are the two factors that I’ll weigh in choosing him. That’s just common sense, in my opinion.” 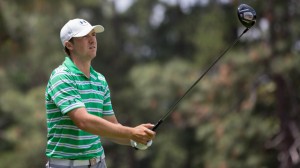 SILVIS, Ill. – Jordan Spieth’s remarkable rise on the PGA Tour began with a spectacular bunker save at the John Deere Classic last year.
Now Spieth has returned to the Quad Cities to defend the title that helped launch his career.

Then just 19, Spieth became the youngest tour winner in more than 80 years when he holed out from a bunker on No. 18 and survived a playoff at TPC Deere Run.

“My golf world has changed completely since last year at this time,” Spieth said. “I’m sure I’ll have a lot of adrenaline. Even just thinking about this week more than other weeks has brought a little faster heartbeat to me, and that’s a really cool thing.”