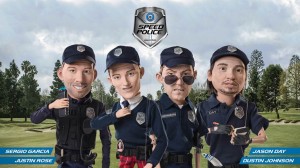 The campaign, from Los Angeles-based creative agency Zambezi, is another example of TaylorMade’s willingness to push boundaries with its advertising.  The Speed Police campaign reminds consumers that golf is fun, and hitting the ball a mile with Jet Speed metalwoods makes it even more fun.  The campaign launches February 20 on television, print and online.

“Golfers have heard every tech claim and distance-enhancing pitch in the book.  Our goal was to bring some ‘fun’ back to golf with a campaign that delivered a compelling product message that makes you stop and say ‘what just happened,’” said Bob Maggiore, CMO at TaylorMade Golf.  “Whether you love these marionettes, or hate them, chances are you’re going to listen to and remember what they have to say.”

The production team at Hornet Inc. sculpted amazing portrayals of the four PGA Tour pros to create the Speed Police with a level of craftsmanship that brought life and reality to the characters.  Each character’s personality is based on their human inspiration.  Officer Johnson is a hard charger, Officer Rose is well dressed and proper, Officer Day is classic Australian and the easy going Officer Garcia is along for the ride.

“Every major stick and ball sport is given license to push their storytelling to the brink of insanity, but people never expect the same kind of disruption from a golf brand’s advertising,” said Kevin Buth, Creative Director at Zambezi. “In a sport that desperately needs fresh air, TaylorMade definitely isn’t afraid to push the status quo.”

The new TaylorMade JetSpeed family of metalwoods is available now at retail. For more information on JetSpeed, visit taylormadegolf.com.

A hard-hitting tough guy from the U.S. of A., he swings first and asks questions later.

A passionate Aussie who’s in touch with nature. Even when he’s busting you, he’s hard not to like.

A quick-witted, level headed Brit who goes by the book and is a champion of charm.

A soft-spoken, seasoned tour veteran who hails from Spain. His passion for club justice is as deadly as his golf game.

SEE THE FOUR IN ACTION HERE! 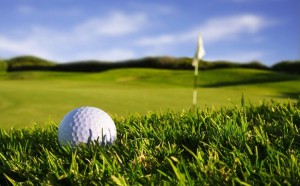 ILLINOIS COURSE
Nickel Knoll Golf Club in Arlington Heights, IL.
One round of golf for $8.00 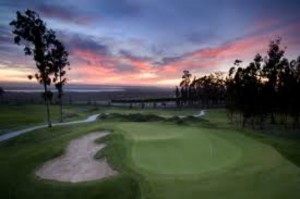 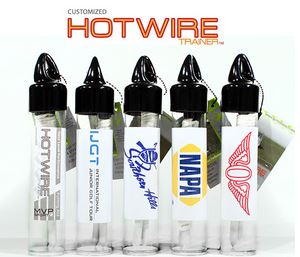 Hotwire
One Hotwire Training Aid for $7.50 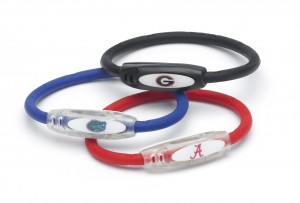 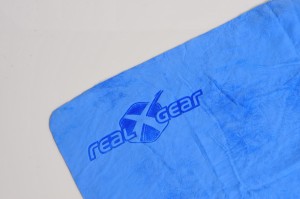 RealXGear
One Cooling Towel for $8.99 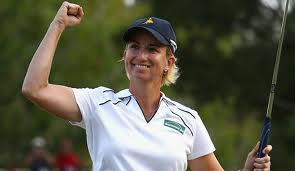 CARLSBAD, Calif. (Feb 17, 2014) – Hall of Fame member Karrie Webb used Nippon Shaft products in both her woods and irons to come from five shots behind and win her fifth Australian Open title at Victoria Golf Club in Melbourne over the weekend.

Webb, who used the Nippon Shaft N.S. Pro 1050GH in her irons and graphite Regio shafts in her woods, shot a final-round best 4-under par 68 to finish at 12-under for the tournament to win by one shot.  The victory was her 40th LPGA title and her 52nd as a pro. She last won the Australian Open in 2008.

A longtime ambassador for Nippon Shaft, the 39-year-old native Australian said gusty winds aided her cause by toughening the golf course for the leaders.  “I was thankful for the weather changing,” Webb said.  Webb shot 276 on rounds of 71-69-68-68.

“Nippon Shaft is extremely pleased and excited that Hall of Fame member Karrie Webb used Nippon Shaft products in both her woods and irons in winning the Ladies Australian Open,” said Hiro Fukuda, sales and marketing for the Japan-based company.  “Karrie has played Nippon Shaft products for many years, and we could not be prouder that such a fine player has confidence in our products.”

The victory was Webb’s 52nd worldwide as pro, including a win early last year at the Australian Ladies Masters. On Sunday, she overcame a five-shot deficit in blustery conditions to come back and win by a shot.  Over the course of a professional career that began in 1996, Webb has amassed nearly $18 million in official earnings.

Nippon Shaft has more than 100 professional victories worldwide.  Based in Yokohama, Japan, Nippon Shaft is the No. 1-selling steel shaft in Asia.