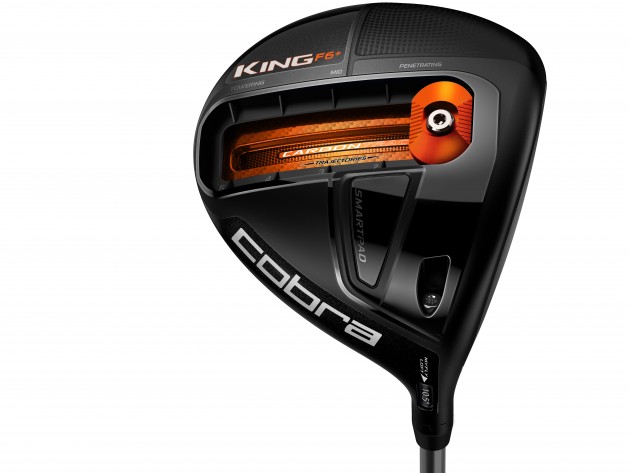 Carlsbad, Calif. (November 17, 2015) – Cobra Golf, a leader in golf club innovation and technology, today introduced the KING F6+ and F6 family of products, continuing to expand the collection of clubs under the legendary KING brand name. Through innovative research, premium materials, and COBRA’s unique performance enhancing technologies, personalized distance and adjustable center of gravity (CG) is now available to golfers of all levels. 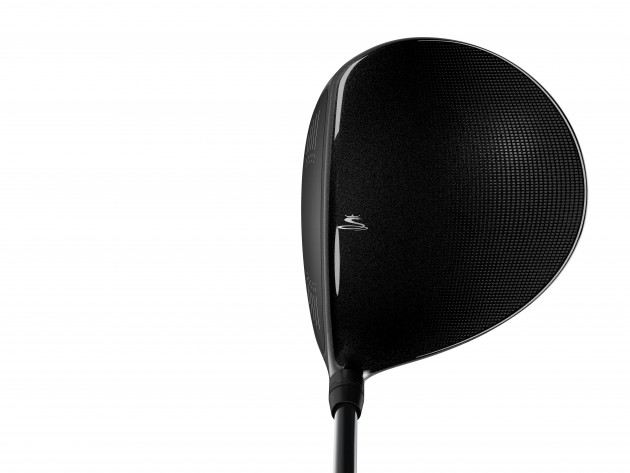 To give golfers the ultimate in distance, control, speed and accuracy, the KING F6+ driver (MAP $399) integrates an all-new, revolutionary CarbonTrac weighting system.  The system features a sliding weight with five front-to-back, low CG positions that is encased in a carbon fiber shell. It replaces the heavier, titanium track structure that was used in the high-performance Fly-Z+ driver. By creating additional discretionary weight through the use of a carbon fiber crown, new Ti 811 titanium body and forged face, COBRA was able to utilize an 18-gram weight on the sole of the driver to deliver ultra-low CGs and ball flights ranging from towering to penetrating for personalized distance and forgiveness off the tee.

The F6+ driver also features Forged E9 Zone Face technology, an internal feature that removes weight from key areas behind the face and in the hosel to increase the size and speed of the Sweet Zone for more distance on off-center hits. Externally, the visible Speed Channel technology, an engineered trench around the perimeter of the face and toe area, creates additional discretionary weight to minimize face thickness, delivering faster ball speeds for even more distance. 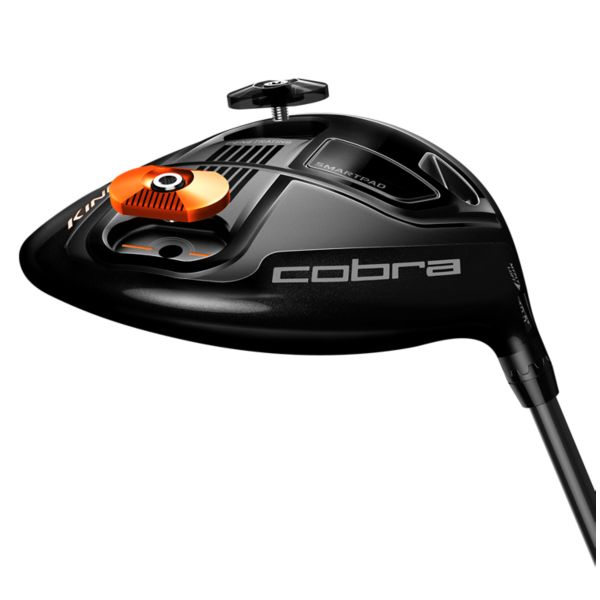 The KING F6 Driver (MAP $349) features a dual position front-to-back CG system with 10-and 3-gram flip weights. This system delivers the ultimate blend of distance and extreme forgiveness, and promote faster ball speeds, lower spin and optimal launch angles. With the heavier weight in the front CG position you’ll see a penetrating ball flight with less spin that delivers more roll for maximum distance; while the back CG weight position delivers a towering ball flight with added spin to create more carry and increased forgiveness. For an increased range of performance, the light 3-gram weight can be removed all together, offering a third option to maximize CG movement and spin differential.

“The KING F6 family was created to bring the best zonal weighting technologies to golfers of all levels,” said Tom Olsavsky, VP of Research & Development at COBRA Golf. “Through improved material innovation and research we were able to design a stronger, lighter CarbonTrac structure that creates the perfect combination of adjustable low CG and high inertia. Something that is extremely hard to do. Thanks to the R&D team at COBRA Golf, golfers will discover the best in distance, forgiveness and precision in the F6 metalwoods.” 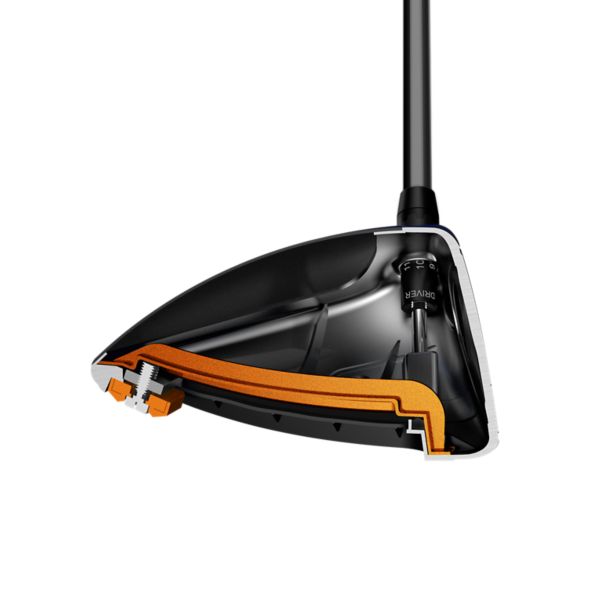 The KING F6+ Driver is available in four stock colors: Glass Black with Vibrant Orange accents; Blue Aster; White Pearl; Grey Turbulence with Gecko Green accents (the Grey & Green colorway will be introduced March 15, 2016). The driver can be ordered through custom in Vibrant Orange. Available in right-handed and left-handed models, in regular, stiff and x-stiff flex, the driver features a graphite Matrix OZIK Black Tie 65g shaft and Lamkin 3GEN Crossline 360 grip. The F6+ driver comes with a range of five lofts – 9°, 9.5°, 10.5°, 11.5°, and 12° and three draw settings – 9.5°D, 10.5°D and 11.5°D, available in-store January 15, 2016. Additionally, the F6+ is also offered in a Pro model which features the same size head (460cc) as the F6+, but with a lower loft range (7.0°-10°), a flatter lie angle and fade settings instead of draw. All that works to provide more launch control and lower spin for even more penetrating trajectory range. It comes in black only, through custom orders.

Rounding out the metalwood collection are the KING F6 Hybrids (MAP $199). Each club (2-3H, 3-4H and 4-5H) in RH/LH features a fixed 13-gram back CG weight to deliver high MOI and a more center CG for both forgiveness and precision shot after shot. The new head shape is 3-grams lighter than previous models and touts a thin 455 SS face along with Speed Channel technology for maximum ball speed. The hybrids also feature COBRA’s MyFly8 with SmartPad technologies, and come in Black only, with a MATRIX OZIK Red Tie 75Q4 shaft and a Lamkin REL 360 grip.  Available January 15, 2016.

The KING F6 metalwoods are also available in Women’s, including driver ($349), fairway ($239) and hybrid ($199), in Raspberry/Silver and Silver/Ultramarine Blue colorways. KING F6 ladies clubs feature the same technology used in the men’s versions but have been fine tuned to maximize launch and distance for women golfers, who generally have slower swing speeds and need slightly shorter lengths and lighter swing weights. The women’s driver and fairway feature lofts (Range: 10°, 10.5°, 10.5°D, 11.5°, 11.5°D, 12.5°, 12.5°D, and 13°) that are designed around a women’s swing speed to create optimized launch and spin and ultimately maximum distance. All women’s F6 metalwoods are also available at retail January 15. 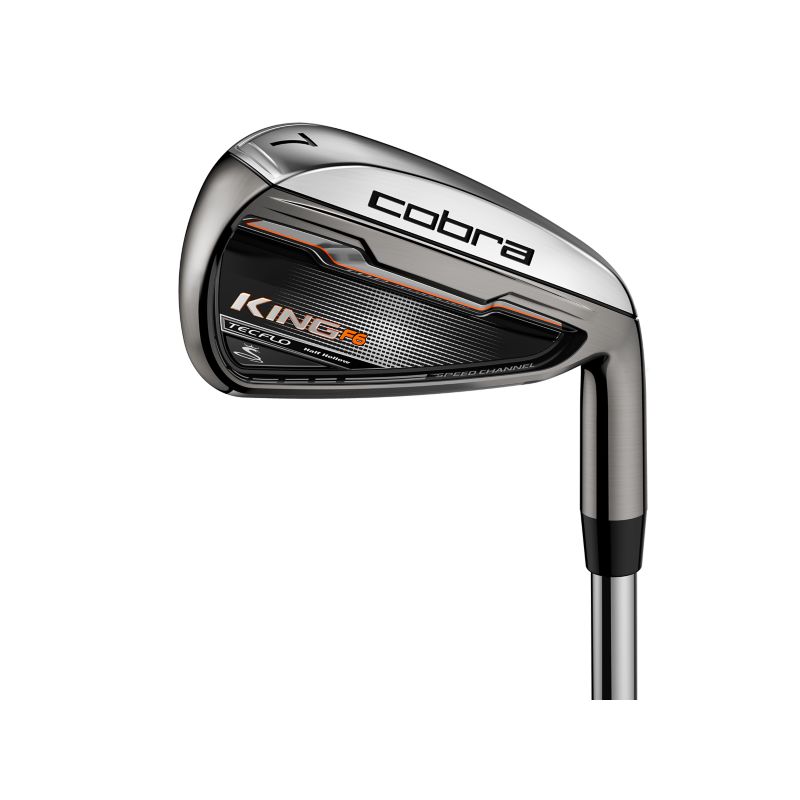 In order to achieve optimal performance on shots, the F6 iron set is engineered with four different iron constructions. Long irons (3i-5i) are comprised of a full hollow construction, mid irons (6i-7i) are half hollow construction and the short irons (8i-PW) feature a deep undercut cavity-back design, while the wedges (GW-SW) feature a specialty muscle back shape and tour contoured sole.

“In designing the KING F6 irons, we are answering the different needs of golfers. You shouldn’t have to choose between distance, forgiveness, feel or accuracy…you can have it all,” notes Jose Miraflor, Director of Product Marketing at COBRA Golf. “We are providing long irons that fly high, long and straight; mid-irons for consistency and accuracy; short irons provide trajectory and spin control that helps you hit it closer to the pin; and specialty wedges for versatility around the green.”

With the new TECFLO construction techniques and the integration of T.O.P. technology, a propriety COBRA technology that removes up to 10-grams of weight from above the hitting zone, engineers were able to lower the center of gravity (CG) on all of the irons to improve feel and performance. While on the wedges, engineers were able to raise the CG to help control trajectories. The F6 irons also use a Speed Channel strategically positioned on the sole near the leading edge of the clubface, to deliver more ball speed and increase launch angles giving golfers the trajectory they want and the distance they desire.

Within the set, the KING F6 irons feature 100% milled faces and grooves and Progressive Spin Technology (PST). PST features V grooves on the long-irons, U grooves on the mid- and short- irons, and wedge grooves on the SW and GW to deliver maximum distance, tighter dispersion and controlled trajectories, which all equal optimized performance. Additionally, COBRA engineered Flighted Technology in the family of shafts to deliver greater carry and more distance on the mid and long irons while supporting precision and control on the short irons and wedges. 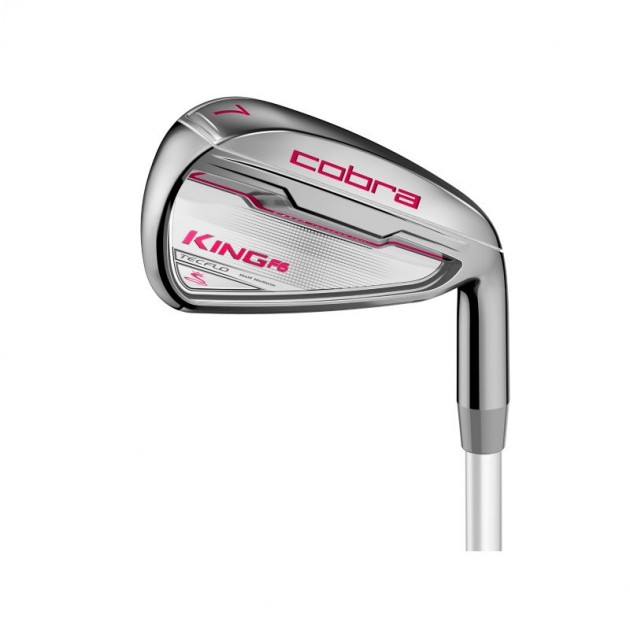 Also in store Jan. 15, the KING F6 Irons are available in RH/LH for women in Silver with Ultramarine Blue and Raspberry. The irons feature a graphite Matrix Red Tie Q4 shaft and a Cobra Winn Wrap. The stock set ($899) is comprised of six irons (7-SW) and two KING F6 Hybrids (4-5H and 5-6H).

For more information on the entire KING family of products, visit cobragolf.com