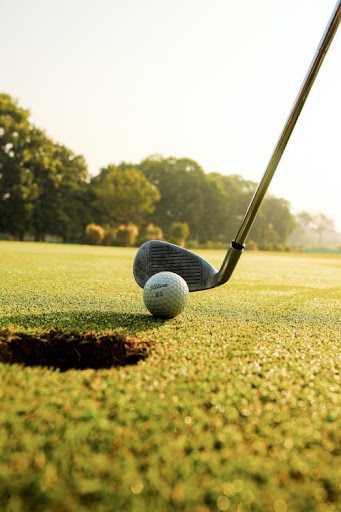 Once dismissed as a side show tour throwing tainted Saudi millions at any one who would take it, LIV Golf is slowly but surely becoming a force to be reckoned with. Six-time major champion Phil Mickelson was among the first to sign up, but commentators were happy to point out his best years were behind him, and that no serious top-level golfer would ever consider leaving the PGA Tour. Fast forward a few months and Liv Golf’s player roster looks ever more impressive.

One obstacle that had the potential to stop more player’s jumping ship was the threat of a ban from the PGA tour and the DP World Tour. While Dustin Johnson resigned his PGA Tour membership, other players have been suspended or removed, but a ban was also announced, blocking LIV players from participating in July’s Scottish Open, Barbasol Championship, and Barracuda Championship.

That decision saw rebel golfers Ian Poulter, Adrian Otaegui and Justin Harding obtain an injunction to allow them to tee it up at the Renaissance Club in East Lothian, for the Genesis Scottish Open. This move which didn’t go down well with friend and Ryder Cup teammate, Rory McIlroy.

“I think at this stage, if you’ve gone over to play on another tour then go and play on that tour… But just stay over there. Don’t try to come back and play over here again. The whole cake-and-eat-it type of attitude is what the resentment stems from within the PGA Tour and DP World Tour membership. That’s the tricky part.”

The ruling saw a dramatic change in the tournaments golf odds at Betway as it opened the door to other LIV golfers, eager to get in some links practice before the 150th Open Championship, at the Old Course in St Andrews. Organisers however, will no doubt have been relieved that none of the LIV players threatened the leader board, with Brandon Grace the best performer, tied in 24th spot, while Ian Poulter missed the cut on +10.

The Difference Between the Two Tours

Formerly known as the Super Golf League, the LIV Golf Invitational is a brand-new Saudi-backed venture that got underway at the Centurion Club, London, in June. In total eight events are planned for this year, while 2023 sees a further 10 tournaments scheduled. With $255 million purse up for grabs, it’s using its considerably deep pockets to kick start a golf revolution.

Their mission statement is: “To holistically improve the health of professional golf on a truly global scale and support existing stakeholders to help unlock the sport’s untapped potential.”

Originally founded in 1929 by Professional Golfers’ Association of America, today’s PGA Tour was created in 1968. In contrast to LIV Golf, the PGA TOUR is a non-profit organisation which provides a wide range of playing opportunities for its members, organising more than 700 tournaments annually. These range from local pro-am competitions to national finals and international events such as the PGA Cup.

Their mission statement is: ‘By showcasing golf’s greatest players, we engage, inspire and positively impact our fans, partners and communities worldwide.

While history is on the side of the PGA Tour with its long list of great players and tradition to call upon, there’s also the suspicion that its dominance has led to a lack of innovation and excitement. Not changing a ‘winning’ formula and providing more of the same week on week has produced tournaments that can at times feel like they have been copied and pasted from the week before.

LIV Golf is at least trying to innovate and shake things up a bit. Tournaments are played over 54 holes with no cut line, instead of the usual 72. There’s a shotgun start with all players teeing off at the same time from multiple holes, plus a twelve-team championship with team captains and draft picks running alongside the individual competition.

Winning a tournament on the PGA Tour is still an incredible achievement and fields are strong and keenly contested, providing four days of entertainment for spectators, TV audiences and sponsors.

LIV Golf is only a three-day event which after years of 72-hole tournaments, feels a little underwhelming. With only 48 players and a list of entrants that don’t rank among the world’s best, victory does not carry the prestige of a PGA Tour victory – yet.

The PGA Tour has vowed to up its prize money in response to the threat of LIV Golf’s riches, but the disparity between the two tours is considerable. Branden Grace won a cool $4 million at the recent LIV Golf Portland Invitational, while last placed Jediah Morgan took home $120,000 after carding a miserable +21 after only 54 holes. Meanwhile, Xander Schuaffele’s victory at the Scottish Open saw him leave with a cheque for $1,440,000, while last placed Guido Migliozzi collected $16,080 for his four days’ work.

The Two Things That Will Decide the Winner

If more high-ranking players leave the PGA Tour, such as Scottie Scheffler, Jon Rahm or Colin Morikawa, then the writing will be on the wall. Sponsors will start to question what they are getting for their money; purses will suffer, and more players will have their heads turned by the millions on offer. For all of Rory McIlroys protests, he will not want to play on a tour with no other world class players, and no one will want to watch it either.

The ace card up the PGA’s sleeve is world ranking points, because a players world ranking provides entry into golf’s four Majors. LIV Golf knows it too, which is why they are lobbying to gain Official World Golf Ranking Accreditation, but their 54-hole format may well prove to be a stumbling block. The reality however, is that a tentative truce will be called between the two tours and a way of working together will be found to benefit both. Whatever happens, LIV Golf is not going away.