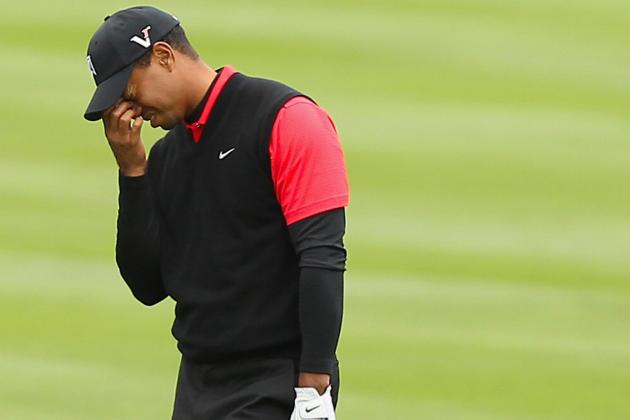 Tiger Woods drops out of US Open – which other top players have skipped the tournament before?

One of the biggest events in the golf calendar is almost here, the US Open. Tiger Woods has been on the comeback trail — and not for the first time — but he has chosen to miss out on the tournament this year.

This is a wide-open field and the bet of the day will take some predicting. However, there are some potentially big wins if you can predict what is going to happen without Tiger taking part. There’s value in a lot of the place markets, as this could be an opportunity for an outsider to finish high up on the leaderboard.

June has been filled with a lot of big news in the world of golf already, including the controversial LIV invitational tour. So, what’s the thinking behind Woods’ decision not to take part in the US Open?

Tiger Woods announced in early June that he would not be taking part in the US Open, feeling the need to rest and protect his body as he continues to recover from his injuries.

Woods had tried to play at the US PGA Championship in May but sadly had to withdraw after a few rounds, and it seems that his body may not be ready to compete at the highest level again.

He confirmed the news in a series of tweets: “I previously informed the USGA that I will not be competing in the US Open as my body needs more time to get stronger for major championship golf,

“I do hope and plan to be ready to play in Ireland at JP McManus Pro-AM and at The Open next month. I’m excited to get back out there soon!”

Tiger is certainly not the first or last huge name to miss a US Open though.

Players to miss the US open

There is a long list of players to miss the Open. Here are some select cases:

The former world number one seemed to roll back the years when he posted consecutive second place finishes at the 2021 Arnold Palmer Invitational and Players Championship.

Lee Westwood has fallen out of the top 20, or even the top 50, and is outside of a qualification spot for the US Open. So, like Tiger, he won’t be involved with the tournament.

The English golfer has actually missed the cut in all three recent starts, and he has only finished in the top 20 at an event once in the last 12 PGA and DP Tour tournaments.

Westwood will be looking to recapture some form to get back to the majors.

Back in 2017, Mickelson surprised people by missing the US Open to attend the graduation of his daughter. He had played at the tournament as far back as 1999, then carrying a beeper with him as his wife was heavily pregnant, expecting his daughter to be born.

Mickelson said it wasn’t a tough decision to miss out in 2017:

“I love the Open, but this is a special moment for us, I mean, my daughter’s speaking, she’s giving the speech there at graduation. It’s just one of those things, you need to be there. So it wasn’t a hard decision at all.”

Mickelson has returned since and will be remembered as a mainstay of the tournament.

Not the biggest name ever to miss a major tournament, but the way in which Danny Lee missed out certainly got people talking.

He withdrew from the tournament after suffering a meltdown on the green at the 18th hole. He six-putted the hole and ended up with a quintuple bogey on the hole, at which point he seemed to take inspiration from Happy Gilmore, slamming his putter and becoming visibly angry over the hole.

Lee later apologized for his actions. The golfer hit a career-high ranking of 34 back in 2016 but has yet to hit those heights again, so is not at the levels to return to the US Open just yet.

It’s always expected that we’ll see the big names at this tournament, but this hasn’t always been the case and we occasionally see a surprise withdrawal. It’s no surprise with Tiger, who is recovering from an accident that could easily have been fatal, but some of the other tales of players missing the tournament make for fascinating reading.