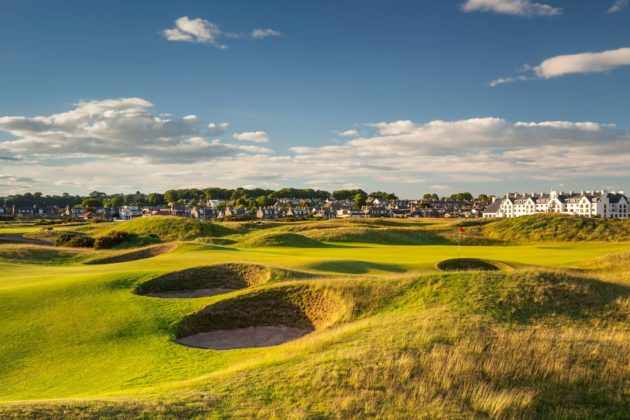 The average year on the PGA calendar can be split up into two half, not unlike a golf course itself. And with the conclusion of the U.S. Open, and Brooks Koepka’s impressive repeat win, we’ve essentially wrapped up the first half of the 2018 season. So, with six months yet to go, we thought we’d look ahead to some of the biggest remaining tournaments on the year.

There’s always a fairly quick turnaround between the U.S. Open and the Open Championship (aka The Open), as the schedule looks to take advantage of the height of summer. This year’s U.S. Open was a somewhat ugly affair, which some golf lovers enjoy and others don’t. On the one hand the course and conditions were challenging and it can be fun to watch the professionals navigate these issues. On the other hand, we didn’t exactly see the best golf of the year. The hope now will be that the Open Championship at Carnoustie, Scotland will bring about a more impressive display. Some experts have already pegged Rory McIlroy as the favorite on home turf, but this one is always a toss-up.

Also known as the World Golf Championships and set to take place in Akron, Ohio, this will be the premier summer tournament that isn’t a major. The Bridgestone Invitational now carries a prize purse of $10,000,000, which tends to bring the best of the best out at the top of their games. Hideki Matsuyama won the event last year, though it will be an interesting event at which to watch Tiger Woods also, if he’s in action. His tournament record of -21 is arguably one of his more impressive achievements outside of the majors.

“Have you seen the way I’ve been swinging?” That’s what Tiger Woods said when asked why he believes he’ll “absolutely” be winning more majors, even when he was in the midst of a somewhat disappointing U.S. Open showing. The Open Championship is always a particularly demanding tournament, but this year’s PGA Championship, in St. Louis in early August, looks like a decent opportunity for Woods to make good on that confidence. It’s an event he’s won as much as any other major (tied with The Masters), and you can rest assured there’ll be buzz about his potential contention this summer.

Suffice it to say the TOUR Championship is the last big purse event on the annual schedule, and the course at East Lake Golf Club in Atlanta should make for a beautiful event. Last year saw Xander Schauffele earn a somewhat surprising win, which is proof that anything can happen even at the tournament that’s meant, at least symbolically, to signify a year-end Tour winner of sorts.

Arguably the most enjoyable event in golf, particularly for casual fans, the Ryder Cup pits the best American golfers against the best Europeans. And the players don’t receive prize money, which actually tends to make for a more relaxed, fun-loving atmosphere. There’s a trophy and bragging rights at stake, to be sure, so it’s a competitive tournament – but ultimately the guys are there to have fun. In 2018 it’s Europe’s turn to host, and the Ryder Cup is heading to France, where things could actually be fairly chilly in late September. It ought to be a great time with interesting conditions for the year’s last big tournament.