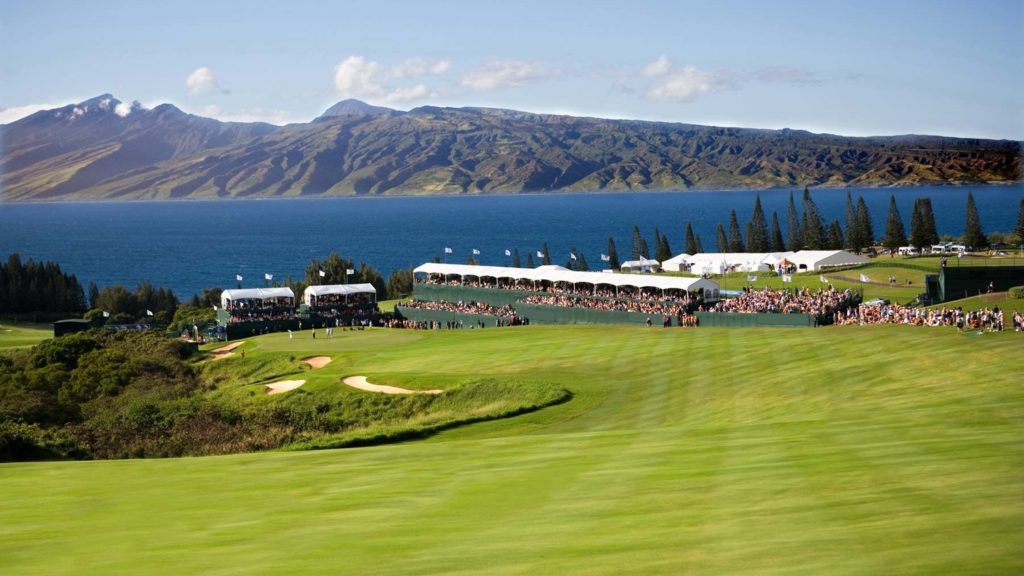 The opening event of the PGA Tour every calendar year is the Sentry Tournament of Champions and it’s played on the island of Maui in Hawaii. Since back in 1953 when it was established, the field has been made up of golfers who had won a tournament over the course of the previous year. The prize money is upward of $6 million with Ernie Els holding the tournament record. So what can we expect of the event in 2018 and who should we keep an eye out for?

D.A. Points will be making his third appearance at the Sentry Tournament of Champions, with his last coming after winning the Shell Houston in 2013. You could say Points moved away from what had earned him 2 PGA wins in 3 years and it took him a while to get back into the swing of things but he finally came out victorious this year with a two shot win at the Puerto Rico Classic.

Debutant DeChambeau has only been a pro since 2016, just over a year, and already he finds himself at the Sentry Tournament of Champions. The way he approaches the game is completely different to anyone else on the PGA Tour as he uses science in his thinking when it comes to taking shots. He really showed his peers on the tour this year that there’s another way to win golf tournaments, and his victory came after hitting a birdie on the 72nd hole at the John Deere Classic. He is definitely capable of shining at this tournament and is worth a bet with popular sports betting operators like Unibet having him priced at 66/1 to win the event.

24 year old Grayson Murray, like Bryson DeChambeau, is making his maiden appearance at the tournament. It’s been a year since Murray posted victory by winning the Web.com Tour Finals money list and since then he has gone from strength to strength. His first career victory came after he beat Chad Collins by a single shot at the Barbasol Championship. He was superb in the second and third rounds and managed to hold on to remain 3 under to secure the win.

Cam Smith is another debutant at the Sentry Tournament of Champions. You could say his route to qualification was potentially the most difficult. Kevin Kisner had knocked in a lovely 95ft eagle which meant a playoff would be required to determine the winner of the Zurich Classic. The momentum really was all with Kisner, but remarkably Smith managed to shift proceedings in his favour, hitting a birdie on his way to victory.

Wesley Bryan is making his debut at the tournament this campaign and it’s crazy to think that back in 2004, he was a spectator in the crowd at the RBC Heritage. Now, 13 years on, he walked away the winner and that saw him secure his place amongst the PGA champions. He was the player of the year in the Web.com Tour back in 2016, and did well to beat Luke Donald by a solitary shot to claim his first PGA Tour victory.

So one can expect the very best that golf has to offer next year in this competition, and we are pretty sure it will live up to all our expectations. The players that we have highlighted may not be the favourites in the tournament, however, they represent value for money and all have the potential of coming up with a few surprises. In fact, if it one thing history has proven in world of golf and sports betting is that anything can happen.